The REAL Origin of the Terms Bear Market and Bull Market -- REVEALED! 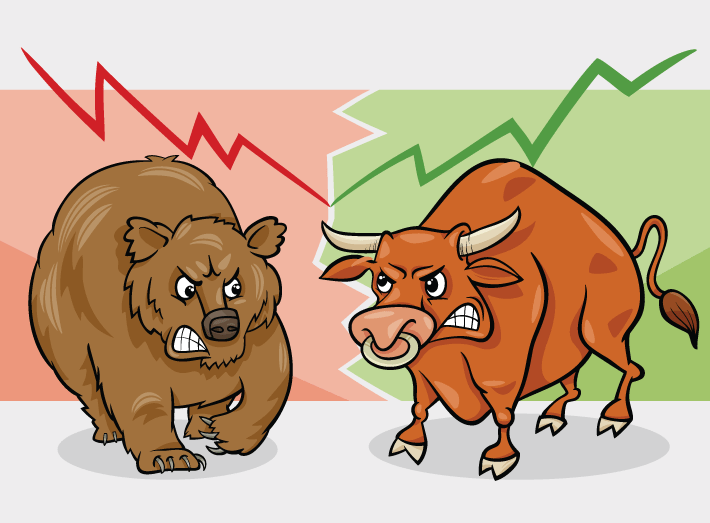 There are plenty of theories about how the terms bull market and bear market came to be, but the only definitive answer is this: there is zero proof that any one reason is more or less valid than the other, because the terms are centuries old. But we can take a look at some of the theories just for fun.

Why "Bear Market" and "Bull Market"?

One of the seemingly most popular explanations of the origin of bull and bear markets is the observance of both animals’ methods of attack.

When a bull attacks, it lowers its head, and uses its horns to thrust its opponent up in the air. Hence, a bull market comes out of the market having been low, and then rapidly climbing.

On the other hand, when a bear attacks, it swipes its massive paws down, bearing down (ha, pun) on its opponent with full force. Therefore, it makes sense that a bear market is one that plummets.

If nothing else, this explanation is certainly the easiest to verbalize, and offers the most visual reasoning when trying to distinguish one term from the other to a novice.

Another theory about the juxtaposition of bears and bulls comes from the Elizabethan era blood sports “bear baiting” and “bull baiting.” Arenas full of people would sit back and watch either a bull or bear be chained in the middle of a ring, and then attacked by a pack of dogs. This practice began as early as the late 1500s, and wasn’t banned in England until 1835. Considering that the terms bull and bear markets originated around 1714, many believe that this is where the idea that bulls are the opposite of bears began.

The London Stock Exchange was established at the turn of the 17th century, a time to which another explanation of the terms bear and bull market could potentially date back. At its inception, there was a bulletin board on which traders posted offers to buy different stocks. When there was a high demand for stocks, the board was full of bulletins, commonly called “bulls.” When there was little demand, the board was “bare.” Therefore, a bull market is when the market is up, and a bear (bare) market is when the market is down.

Back when selling animal skins was a common means to earn your wage, there were middlemen in the bearskin trade who partook in some pretty shady practices. These guys were called “bearskin jobbers,” and they would sell bearskins that they didn’t even have yet, speculating the price that they’d have to pay the trappers for the skins. The goal would be to estimate the sale price higher than the price the trapper would change, so that the bearskin jobber would profit from the difference.

Similar to the popular proverb, “Don’t count your chickens before they hatch,” people of the 16th century were known to say, “Don’t sell the bear’s skin before you’ve killed him.” Around the early 18th century, many investors were practicing short selling, which involved selling stocks they didn’t actually own yet in the hopes of buying the stocks later at a cheaper rate than they were sold. Investors who habitually short solder were thusly called “bearskin jobbers,” and short selling was known as “selling the bearskin.” It’s speculated that this is, perhaps, where the term bear market may have originated, because short sellers thrived in failing markets, thereby earning the title “bears’ market.”